The team behind Silicon Valley Catalyst includes experienced individuals and organizations with many years of success starting, funding, growing, and bridging tech companies.  The initial partners in the Catalyst joint venture include Garage Technology Ventures, StartupLab Norway, and MAD-Partners.  Nordic One, an alliance of the leading tech incubators in the Nordic region, is also supporting the initiative. 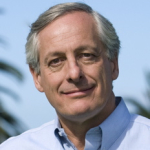 Bill Reichert has over 30 years of experience as an investor, entrepreneur and operating executive. Since he co-founded Garage, Bill has focused on early-stage information technology and materials science companies. He has been a board director or board observer at CaseStack, WhiteHat Security, ClearFuels Technology, Simply Hired, MiaSole, D.light Design, ThermoCeramix, and VisaNow, among others. Prior to Garage, Bill was a co-founder or senior executive in several venture-backed technology startups, including Trademark Software, The Learning Company, and Academic Systems. Earlier in his career, he worked at McKinsey & Company, Brown Brothers Harriman & Co., and the World Bank. He is also a member of the Council on Foreign Relations in New York. Bill earned a B.A. at Harvard College and an M.B.A. from Stanford University. 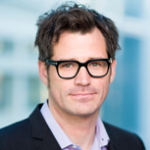 Alexander Woxen is a managing partner of StartupLab in Oslo, Norway.  StartupLab is a leading Nordic technology incubator and an early stage investor located at Oslo Science Center. Currently 80 companies are part of the incubator. StartupLab is run by experienced entrepreneurs with extensive international networks. The team at StartupLab is the initiator of the Nordic One, the Nordic alliance of leading tech incubators, backed by Nordic Innovation. 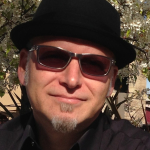 Tor Bækkelund is a managing partner at StartupLab in Oslo, Norway, and a general partner of Founders Fund, which is an Angel investment fund.  Founders Fund was initiated by StartupLab and established in 2013 with the purpose to help tech startups. The business angels in Founders Fund include a group of  the most successful Norwegian Tech entrepreneurs who wanted to make the hard work of starting a business slightly easier.  Since its start the Fund has invested in 15 promising IT/tech startups.