The Language of Innovation is Wrong

The innovation consultants and coaches are using the wrong frameworks in trying to help companies become more innovative. The key to innovation is “opportunity,” not “problem.”

Almost every book, article, blog, video and speech on innovation starts with the premise that the key to innovation is to “solve a problem” or “identify an unmet need” or “do a gap analysis” or “invent a painkiller for a significant pain” or, one of my favorites, “address a hair-on-fire problem.”

This mindset for innovating seems to make sense. After all, why would anyone buy a product that doesn’t solve a problem, or alleviate a pain? In hindsight, it seems to be true that most successful innovations “solve a problem.” Microsoft developed a programming language for the microcomputer, and then they developed an operating system and applications, etc. You could say they were successful because they solved a problem. But that is not exactly accurate. Everything Microsoft developed existed without Microsoft. The world had already developed Basic and an OS for microcomputers, as well as productivity applications. If Microsoft never existed, the world would pretty much be the same. The Forbes list would just be a little different.

Same with Oracle, Apple, Google, Netflix, Facebook, Amazon. Pretty much every problem they solved was already solved by someone else when they came to market. Without those companies, we would still have relational databases, smartphones, search engines, streaming video, social networks, and e-commerce.

First Mover disadvantage. The common misperception in the world of innovation is that it is the “First Mover” who has the advantage. The first mover is the one who sees the problem first and solves it first. But in the history of high technology companies, it is almost never the first mover who wins. Experience indicates that the first mover has a substantial disadvantage. This makes sense. The first mover is usually building on a trend that has only just emerged, and so the infrastructure and user behavior are not well enough developed to enable the first mover to take off. Online shopping, which became known as e-commerce, was introduced long before Jeff Bezos thought up Amazon. But the Internet had to achieve some level of critical mass and ease of use before a company like Amazon could take off. It seemed that AOL and Yahoo had solved the problem of finding things on the Internet, but then along came Google. And of course there were perfectly good word processors and spreadsheets before Word and Excel.

The key to big Innovation is finding big Opportunities, not solving big Problems. If you deconstruct the path to innovation that most successful high tech companies have taken, you see that the big leap was not analysis — figuring out what was wrong that needed to be fixed. Rather, the big leap was synthesis — seeing how all of the other innovations in the market created an opportunity to create a new wave of innovation. Larry Ellison saw how the emergence of the new technology of relational databases could enable enterprises to manage their data more efficiently. Steve Jobs saw how years of evolution of smartphone technology could be repackaged by using high-resolution touch screens instead of physical buttons. And Reid Hastings saw how the improving bandwidth of the Internet would eventually enable him to distribute movies online. (It took a little longer than he thought, and Netflix had to use DVDs for several years before they could launch the original vision.)

If you are looking for problems to solve, you are probably looking backward, not forward. You are forcing yourself into the mindset of the current way of doing things. This is the mindset behind the quip: If we asked people in 1900 how to improve transportation, they would have said they wanted faster horses.

The question to ask is not, what is a problem that we can fix? The question is, how can we leverage new technologies to enable something better? This is the Opportunity Mindset.

What does this mean for corporations wanting to innovate? Don’t analyze. Synthesize. Don’t focus on today’s problems. Look for tomorrow’s opportunities. Certainly there is merit in doing research, gathering market intelligence, analyzing customer feedback, and identifying inefficiencies. Work like this is key to continuous improvement — which is a very valuable process of implementing lots of little innovations. And maybe some big innovations can come out of that process, like the classic 3M sticky note. But again, the sticky note was the result of an Opportunity Mindset, not a problem-solving process.

Don’t get me wrong — some of the most important innovations have indeed come from solving big problems. Bell Labs really wanted to solve the problem of unreliable vacuum tubes, and they invented the solid-state transistor. Noyce and Kilby really wanted to pack more transistors together, and they invented the integrated circuit. Someone had to figure out how to connect networks running different protocols, and out of that problem-solving came Cisco.

But if you want to launch the next Amazon or Google or Netflix or Tesla, get out of your current framework and get on the next wave. You don’t want to focus on solving customer problems. Find new opportunities. You want to give your customers a new experience that delivers much greater value than you are currently delivering. What technologies are emerging that can enable a new, compelling experience for your target customers? If you are a cable company, you won’t win by providing better cable service. You have to figure out how your customers want to consume digital entertainment going forward. If you are a law firm, you won’t win by just billing more hours. You have to figure out how to deliver greater value to your clients faster and more easily by taking advantage of new information technologies. If you are a manufacturing company, you won’t win by moving your factories to a cheaper geography. You have to figure out how to make novel products or deliver new services by leveraging new materials and new technologies coming out of the Industry 4.0 movement.

The key to big innovation is creating new opportunities that deliver value and delight. You shouldn’t ignore problems and pain — you have to address them. But the best way to move the needle is to reframe your innovation efforts into the Opportunity Mindset. 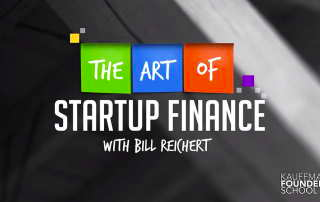 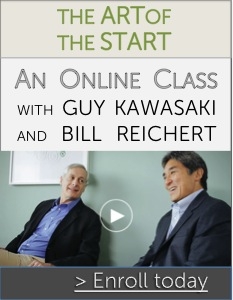